Is the sky falling?

I apologise in advance as this is a longer read than usual but there is quite a bit going on so I wanted to go into a little more depth than usual.

Made famous by ‘Chicken Little’, and his concern that the sky was falling, you don’t have to look far to get worried.

The thing with problems is that they are very visible – the media, loves to report on them and to be fair, we consumers, seem to like reading about them. If you want to find positives you have to do the work and sift through a lot of hyperbole.  It very much feels like swimming against the tide.

Let’s look at the budget

The unemployment numbers are making a lot of press. 7.1% for May and 7.4% for June. Now back in early June when the 7.1% number came out, there were any number of commentators arguing that number was a massive understatement and because of Job Keeper that was justifiable.  However, the assumption was that everyone on Job Keeper was not working.

Looking at business’s that have Job Keeper

A lot of non-small business people may not be aware that once you qualified for Job Keeper in one month, you then keep it no matter what your business does from there.  It came down to comparing a month this year to a month last year.  For example if your May 2020 revenue was 30% less than your May 2019 revenue, you qualified.  If your June 2020 revenue was then 110% of June 2019, it doesn’t matter, the federal government still pays you Job Keeper.  A 30% loss of revenue is a big hit in a month and we have clients who really need this to keep staff and their business going.  This is not about them. It is recognising that many businesses that have qualified, could arguably do without the job keeper now.

While things can change quickly same numbers indicate quite a few industries are having a “V” shaped recovery.  That is, a rapid dip and then a recovery back to pre-Covid numbers.

o    This should help state budgets bottom line and is also an indicator consumer confidence in their employment and businesses is returning.

o    Good news but a note of warning as the ‘second wave’ concern could dampen this enthusiasm and we can expect fluctuations while we do not have a vaccine.

Many businesses that qualified for Job Keeper, would no longer be able to justify it if they had to qualify each month and that is a good thing.

There is a lot more I could discuss but the message I am trying to get across is that a big government deficit assumes that we continue a lot of the current arrangements past December.  The sceptical side of me thinks that the current number is deliberately overstated so that we go into the next election with a ‘pleasant’ surprise.

Some other good news that isn’t getting a lot of press.

Tina Ross, one of our retired advisers, now living in the US (and dreaming of coming home) sent through this link, which is worth perusing.

27 Vaccines are in human trials and Moderna, and Biontech are already at 27 July 2020 in Phase III testing.  The vaccine from UQ, while having potential, is a long way behind these options as far as the process.  Phase III is where the efficacy trials go from a small human group to a much larger sample in the thousands. The next step for these is approval.  Quite likely, there will be failures as the FDA sets a hurdle that the vaccine will need to protect at least 50% of the vaccinated but definitely progress.

The next best options are coming out of London and Japan but are still at Phase II.

Why have Markets shown a lot of resilience lately?

Because of all the above and reduced ‘uncertainty’, even with the issues in Victoria, I would suspect that most Australians have an opinion on how this will run.  As long as we stop the spread from hotel quarantine, we isolate community cases and stop them spreading the virus.  Eventually numbers will come back down and we get back to the numbers that the community is comfortable with.

There is a lot of concern about NSW but by all accounts they are doing a great job of tracing any new outbreaks and yes, Victorian travellers may have contributed to their cases so back to hotel quarantine.

In Australia, we have done over 4 million tests (population of 25.5 mil), discovered 15,325 cases and seen 167 deaths attributed to Covid19 (data at 28 July 2020).  89% of the deaths have happened in adults over the age of 70.  No-one under 40, (according to the stats) has died from this virus in Australia and cases where healthy people under 70 die from this virus seem very rare, though we don’t get a lot of detail. We have 50 serious or critical cases in Australia at the moment. Many that have recovered from the infection have probably suffered some lung damage so still not a good thing but a long way from the Spanish Flu.

The science is that you can’t eradicate a virus until you have a vaccine so until then, we will continue to see flare ups.

I would say investment markets are cautiously positive and that is probably justified, not just here, but all around the world.  In the Company reporting season in the United States, of those who have reported, 81% plus surprised positively.  Still down but not as bad as they predicted.

Things are by no means rosy and we still have a recovery process to go but we are steadily getting a better understanding of our environment.

We still have big geopolitical issues that could significantly impact us and the world so we are in no way complacent and continue to look to reduce risk and protect downside where we can.  The alternative, that politics settles down and China edges away from aggression in light of large western democracies unifying against them, is also a reasonable probability, in which case markets and growth assets continue to recover.

We all vote for the latter! 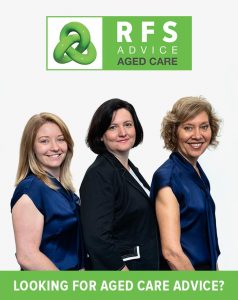